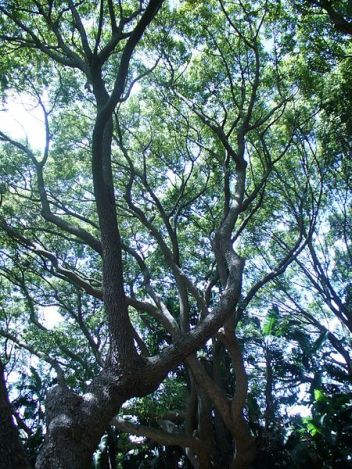 Several years before I travelled to Duluth, Minnesota—before I learned of the lynchings there—I took a trip to a camphor tree in Mobile, Alabama. This wasn’t just any camphor tree, but the tree used to hang Michael Donald, a 19-year-old African-American who was randomly killed by a pair of Klansmen in March of 1981.

I’d just completed a book on Michael’s murder, and though I’d written it from my home 200 miles to the north in Tuscaloosa, I arranged a last-minute trip to Mobile in the hopes of more fully understanding the madness that was Michael’s murder.

In some ways the trip proved valuable, in other ways, not. By trip’s end, I still didn’t understand the madness, but I began to understand Michael better.

When I first visited the tree I was accompanied by the police officer who’d investigated the murder so many years before. He showed me where Michael’s body had hanged and how, but more importantly, he showed me the ruinous projects where once, Michael had lived.

Michael lived, I realized as I stared out at the flattened land. Michael is more than his death.

I’d gotten so caught up in researching the “what” and the “why” that I’d overlooked the “who” and the “where.”  And for me, the only way to understand the “who,” in “Who was Michael Donald?” demanded spending some time in the “where.”

Which is how I ended up standing before the camphor tree in Mobile, Alabama.

Back in Tuscaloosa I’d read every redacted FBI file available to me. And while the files described every last detail of Michael’s death, none of them offered me insight into his life. For that—or at least to obtain some small shred of that—I needed to walk the sidewalks Michael had walked, needed to retrace the route he’d taken that night when a pair of Klansman saw fit to take him.

Two-and-a-half years later and 1300 miles away, my wife, son and I took a trip to Duluth, an impromptu excursion that became the impetus for my essay “Greetings from Duluth.” After moving from Alabama to Wisconsin earlier that year, I’d stumbled upon information on the Duluth lynchings, a tragedy that claimed the lives of three black circus workers—Elias Clayton, Elmer Jackson, and Isaac McGhie—on the night of June 15, 1920.

Yet my desire to visit Duluth had little to do with its sordid history. Rather, I’d grown interested in the city due to a far different event, a flood that struck the previous month sending at least 13 zoo animals to their graves. An escaped seal was found flopping near downtown Duluth, while a polar bear was tranquilized just prior to breaching her enclosure.

What kind of place is this, I wondered, where seals are left roaming the streets?

Upon our arrival in late July, my son and I were disheartened to find not a single seal roaming the streets. Instead, the city had mostly returned to normal—a vacation destination complete with taffy and popcorn and an endless stretch of beach.

But before we saw any of this, we came across The Clayton Jackson McGhie Memorial, a brick plaza complete with statues of the victims looming alongside quotations carved to stone. I parked my son’s stroller, studied the statues, and then began working through the quotations. My eyes lingered on one, in particular, attributed to Irish statesman Edmund Burke:

“An event has happened, upon which it is difficult to speak and impossible to ignore.”

Though Burke wasn’t speaking of racial violence, it was a sentiment I’d certainly shared while writing of Michael Donald’s death. After all, there was no way for me—a white, carpetbagging Northerner—to write of the event properly, and yet to ignore Michael’s story entirely seemed equally egregious. And so, I’d driven to Mobile, hopeful that by better understanding Michael’s city, I might better understand Michael as well.

That July afternoon in Duluth—as my wife, son and I moved beyond The Clayton Jackson McGhie Memorial en route to the beach—I bought into a similar theory.

“I would rather it were the weather that was to blame for what I am and what my friends and neighbors are—we who live in the heart of the country. Better the weather, the wind, the pale dying snow…the snow—why not the snow?”

On the evening on June 15, 1920, there wasn’t so much as a speck of snow anywhere along the shores of Duluth. Indeed, it was a balmy 48 degrees that night, though snow could not be blamed for what transpired. In truth, Duluth, too, could not be blamed.

After all, who are we to blame for the failings of a place, but the people who inhabit that place?

“Man,” Gass writes pages later, “has never been a fit environment for man…”

Just ask the people of Duluth, who gathered round and cheered the crowd as three men lost their lives.

Or ask any of the hundreds of people beyond the city limits who received postcards documenting the men’s deaths.

As my essay recounts, after examining The Clayton Jackson McGhie Memorial, I spent some time on the beach with my family. I sat in the sand alongside my dog and son and tried to make sense of what had once occurred. Of course, there was no sense to be had, just the same utter illogicality that had driven men to reach for their ropes countless times before.

Still, sitting in that sand with my family, I wanted to smile. I wanted to have a good time. But I couldn’t shake the feeling that this place had been sullied for me, that not even the beach’s beauty could spare me from the horror that had occurred just up the hill.

Later that day, I took to the antique shops to try to learn more on the effects of the lynchings’ legacy on the city. But in every shop I entered, the owners were less than forthcoming. Either they hadn’t heard of the lynchings (or the postcards it spurred), or they preferred not to speak of it any longer.

Though Edmund Burke argued that some events are “impossible to ignore,” this isn’t always the case in Duluth. Or anywhere. It is only though our extreme arrogance of ignoring the past that allows us to continue scurrying hell-bent toward the future.

The logic goes like this: Never mind what we have done, just think of what we’ll do!

I, for one, am terrified of the answer.

When we speak of inhospitable climates, only sometimes are we speaking of weather.

Other times, we humans are guilty of rolling up the welcome mats and locking the doors behind us.

In his speech, “It All Turns on Affection,” environmental activist and writer Wendell Berry draws attention to our turning away from the land, and by extension, each other. At his argument’s core, he posits that if we care for our land—that is, if we serve as loyal caretakers—then we ought to care what becomes of it as well. Berry means this mostly in an environmental sense—particularly as it applies to the demise of the family farm—but the sentiment can be extended to other situations. For instance, if “affection” for a place ensures that we care for that place, does a lack of affection imply that we won’t?  Though it’s clear that the mob in Duluth had little care for the lives of men, were they equally careless toward their land?  Did they fail to recognize the reputation that would linger as a result of their actions, a scourge that—for nearly a hundred years now—have left men like me staring helplessly into the water?  If they had cared more for the place, would they have cared more for the circus workers passing though?  Would they have greeted the men with a friendly hello rather than a terrible goodbye?

The writer in me can’t help but think of land the way my farmer father did: as a resource to be carefully tended and tilled. And as a result of our care—of knowing every dirt clod and tree—we are occasionally rewarded by what we reap: sometimes a crop, sometimes a story.

But in both instances, we are nothing without the land.

It is the land, after all, that serves as unblinking witness, the stage on which the world runs amok.

One night in Duluth a seal flopped down a street, and one night many years prior—and not far away—a rope was tossed over a lamppost and three men were left to hang. Nobody ever expected to see either of these spectacles on the streets of Duluth, but the land was witness to both.

Meanwhile, sometime in between—down south in Mobile—another rope was tied around another tree and another black man was hanged. The land changed but the story hadn’t; further proof that place alone can’t be blamed for the trespasses wrought upon it.

When I tried to understand both of these stories—tried to untangle the knot that linked Michael to Elias and Elmer and Isaac—all I learned for certain was that I felt like I knew these men better for having momentarily inhabited a shared place. No, my 18-hours on the shores of Lake Superior did not grant me access into the heart of the heart of Duluth, but I began accessing my own heart differently.

Likewise, my trip to the camphor tree had a similar effect: prompting me to look beyond the brutal lynching to find the man behind the body, the land behind the landscape, and most importantly of all, the truth behind the “truth” I thought I knew. 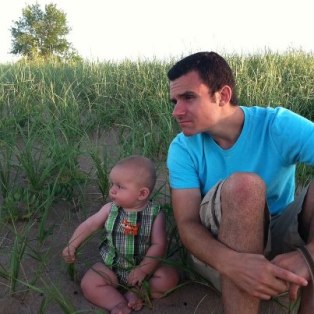 B.J. Hollars is the author of Thirteen Loops: Race, Violence and the Last Lynching in America, Opening the Doors: The Desegregation of the University of Alabama and the Fight for Civil Rights in Tuscaloosa, and a collection of stories, Sightings. His latest work, a hybrid text entitled Dispatches from the Drownings: Reporting the Fiction of Nonfiction, is forthcoming in the fall of 2014. He teaches at the University of Wisconsin-Eau Claire.

One thought on “In the Heart of the Heart of Duluth by B. J. Hollars on the Inspiration for “Greetings From Duluth” from Issue 298.2”